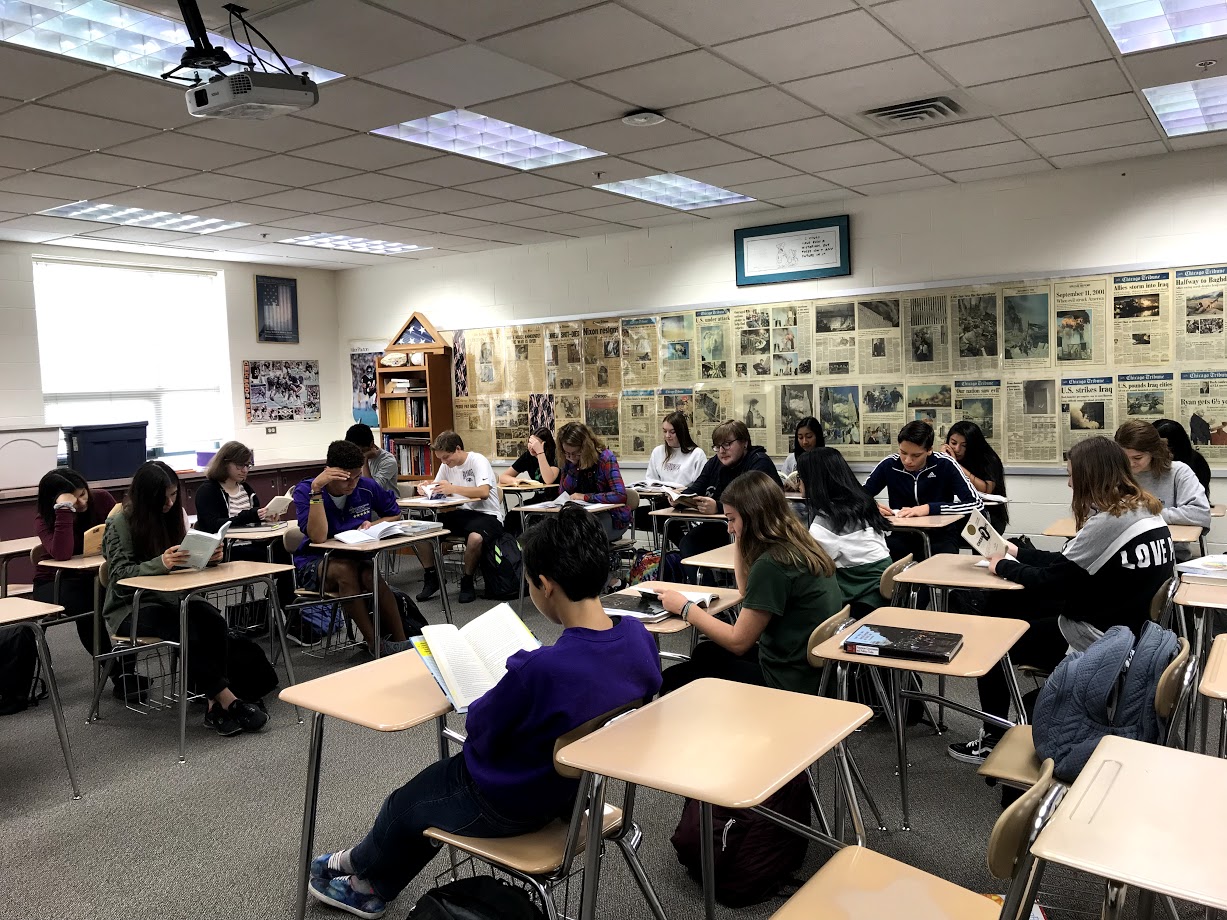 All second period classes on Tuesdays start their lessons with a 16-minute reading session. 16 minutes. 16 minutes to just be able to sit down, relax and read a good book. Does it really sound that bad? 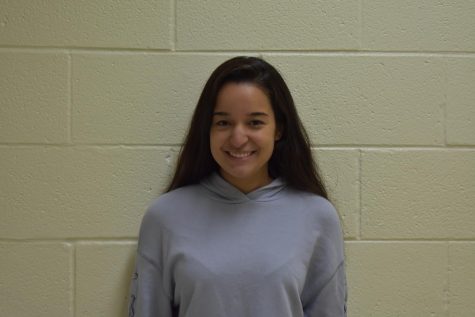 Students are welcomed to read whatever they choose whether it’s a textbook, a book that is assigned for class, a magazine, or simply just something for pleasure. ROAR or “Reach Out and Read” will take place on every Tuesday, and on the last Tuesday of each month, “Power Talks” will be introduced.
These “Talks” can include reflections on an article, watching a Ted talk, discussions on building relationships and organization, or just talking to each other.
While others might think it is a punishment to increase their literacy, I believe one can categorize this new strategy as a stress reliever or break from the loads of homework and pressure from sports, clubs, etc.
In fact, according to The Telegraph, reading “even six minutes can be enough to reduce the stress levels by more than two thirds, according to new research. And it works better and faster than other methods to calm frazzled nerves such as listening to music, going for a walk or settling down with a cup of tea.”
Second period starts at 8:01 a.m. and having everyone’s mind 100% open and ready to learn isn’t always realistic. Now I know making students use their eyes to skim through words sounds more of an effort than a refresher, but not when one see’s how it can help start the day.
According to the BABB Inc, an organization that helps create healthier behaviors in the workplace, when one reads, memory becomes stronger due to the mental focus. In the long run, this can help decrease the chances of getting memory loss. Other benefits are the increase of richer vocabulary, critical thinking skills and the expansion of creativity.
“When we read things we’re interested in, the material gets retained and we develop an emotional bond,” Chris Chlebek, associate principal, said, “hopefully that sparks something in you to read something in a non-study time.”
These mini sessions aren’t exactly new to District 202. Schools such as Plainfield East have been doing this segment for over 9 years except, they do it twice a week, according to Chlebek.
If one wants to reach a goal at the gym whether that be losing or gaining weight, they must exercise. Same scenario here. If one wants to receive straight A’s or a 4.0 GPA, then they must exercise the brain.
If reading for 15 minutes in classroom seems to be too much, then that shows the lack of capability in students to perform in something that should be a breeze to them.

ROAR schedule does not help students

Though the idea of sixteen minutes of free reading may seem beneficial to students, I believe that it is unnecessary. 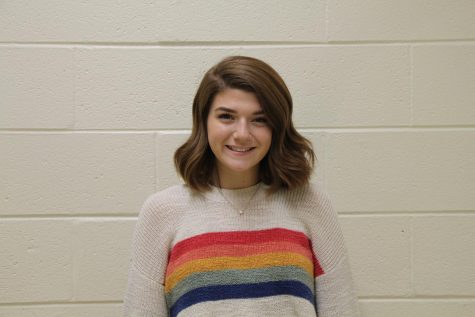 As a student taking AP classes, the more time I receive in class to work on schoolwork, the better. My second hour is AP Government, which is the bulk of my homework every night. Sitting in a class period where sixteen minutes goes towards non-class related reading on top of five minutes for announcements feels like wasting time I could be working on vocabulary or the assignment for that class day. And because of the rigorous reading assignments that we receive each week, I find myself reading textbooks rather than a free reading choice, which is not the point of a free reading opportunity.

During that first day of ROAR, I found it difficult to transition into that second period once the minutes were up. Having to stop at a great part of a book almost discourages me from even taking those minutes for free reading, for I would rather read when I’m not being timed. Once I start in a book, I have a hard time stopping.
Personally, I love reading outside of school. It’s a main way for me to destress and focus on non-academic material. In the future, do I see myself reading a book during ROAR? Probably not. Will I read a textbook? Yes.
Speaking of reading material, many students in my class particularly didn’t have a free read book; one student even asked if he could read a piece on his phone because it was the only option he had. This brings up another topic. I hope that with this new free reading time students will be allowed to bring a Nook or a Kindle with them to read. If students don’t purchase actual books, then they are stuck without resources to read.
While I do understand the basis of the schedule, it is annoying to lose minutes in my other classes. Not to mention, students lose minutes in lunch/study hall. This is particularly annoying because so many students must spend the first ten minutes of lunch waiting for in line. Losing an extra few minutes hinders how much time students have to eat. If students wanted to free read, they would during their study halls or after school.
The basis of the program makes sense, I mean who wouldn’t want to read a book of their choice? I think a lot of people would. But students who aren’t passionate about reading won’t suddenly love reading because of sixteen minutes a week. The same goes for learning; you can’t make someone love learning by forcing lessons down their throat. It’s based on the person and their interests, and for some, reading is not that.
Having time to read in school is, in theory a great idea, though in the long run I believe it is not beneficial.

The Fielder • Copyright 2022 • FLEX WordPress Theme by SNO • Log in